Gender and the Future Workforce

This special occasion forms part of our 50th anniversary program of events taking place across the country to acknowledge the contribution of the humanities to understanding our past and making sense of the present, and consider the role that the humanities will play in humanising the future.

The Gender and the Future Workforce event will explore the role of gender equity in building a strong and diverse future workforce from academic, industry and government perspectives.

The panel discussion will commence at 5pm at the State Library of Western Australia in the Perth Cultural Centre, with a reception to follow at 6pm.

This is a free public event, open to all.

We are grateful to Curtin University and Murdoch University for their generous support of this event.

Professor Joy Damousi FASSA FAHA is the Academy President, Australian Research Council Laureate Fellow and Chief Investigator for the Future Humanities Workforce project.  She is currently Professor of History in the School of Historical and Philosophical Studies at the University of Melbourne, and Chair of the University’s Research Higher Degrees Committee. She has served as inaugural Head of the School of Historical Studies, Associate Dean (Research) in the Faculty of Arts, and Pro-Vice Chancellor (Research) at The University of Melbourne, and Chair of Humanities and Creative Arts panels of  the Australian Research Council College of Experts and ERA. Her areas of research and publication include memory and the history of emotions, the history of child refugees, humanitarianism and internationalism from 1920.

Dr Frances Flanagan is a University of Sydney Fellow in the Discipline of Work and Organisational Studies.  With an interdisciplinary background in history and law, her research concerns the crucial and changing role that work has played as a source of social cohesion, identity and belonging in the context of ongoing changes to employment relationships, technology and the environment.  Between 2015 and 2018, Frances was the National Director of Research at United Voice, one of Australia’s largest unions. where she wrote numerous articles and submissions on the future of work, gender segregation in Australian workplaces, and worker exploitation. Prior to her work at United Voice, Frances was a researcher and lecturer at the University of Birkbeck, a Marshall Fellow at the Institute of Historical Research, and a Senior Scholar at Hertford College Oxford.  Her first book, Remembering the Revolution: Dissent, Culture and Nationalism in the Irish Free State was published by Oxford University Press in 2015. 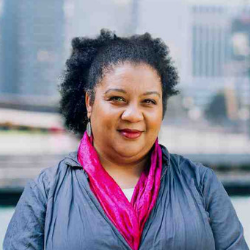 Shelagh Magadza is the Executive Director, Chamber of Arts and Culture Western Australia. Shelagh has had an extensive career as an Artistic Director and Producer of major events and Festivals. For the last decade, she has held leadership positions as Artistic Director of two of Australasia’s largest multi-arts Festivals in Perth and New Zealand. She has commissioned and produced new work with artists from across Australia, New Zealand and internationally. These have included concert performances, outdoor spectacle events, theatre, dance and site-specific installations. She has been an advocate for artists both at a community level and creating international opportunities for touring and exchange. She has as strong track record of successful partnerships with arts organisations, government agencies and the private sector.

The panel discussion will be facilitated by Dr Shino Konishi.

Shino is an Aboriginal historian based at the University of Western Australia. She specialises in Indigenous history, and has researched Western constructions of Aboriginal masculinity and gender relations, as well as histories of Indigenous labour. She is the author of The Aboriginal Male in the Enlightenment World (London, 2012) and is currently leading the Australian Research Council project ‘An Indigenous Australian Dictionary of Biography’. Shino descends from the Yawuru people of Broome, WA.