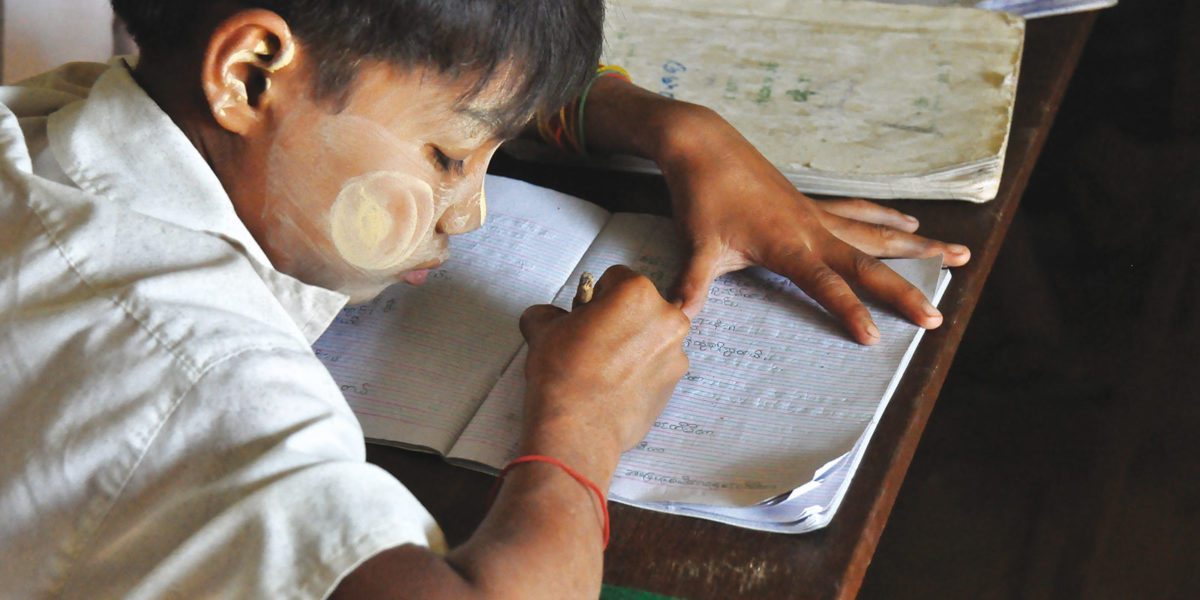 When historians and political scientists analyse long-running conflicts, the role of language is often overlooked. Yet language can be a primary cause of problems, particularly in multi-ethnic societies, as well as a powerful tool for resolving them.

… language can be a primary cause of problems, particularly in multi-ethnic societies, as well as a powerful tool for resolving them.

Joseph Lo Bianco, a professor of language and literacy education at the University of Melbourne, is testing those theories on the ground in Myanmar (Burma). He heads a UNICEF program encouraging dialogue and social cohesion in a country emerging from decades of military rule and ethnic conflict.

At these workshops, he says, “I try to reconcile people’s positions by building collective agreement among the antagonists, who include public officials, experts and indigenous community representatives.”

In Myanmar, more than 130 languages are spoken by the 60 or so per cent of the population that belongs to an indigenous ethnic minority group. One major grievance is that mother tongues are not officially recognised or used, particularly in teaching.

That not only threatens to erode the distinctive culture and identity of minority groups, but also leads to children dropping out of school, adults suffering social exclusion and families struggling with inter-generational poverty.

“Often the tensions in conflict zones are because of inequalities, and those inequalities are not separate from language, they’re actually quite closely connected to it,” says Lo Bianco.

Research shows that children learn best in their own language early on, he notes. Then, when older, they can be taught in the national language and/or English.

Lo Bianco dismisses criticism that the multi-lingual policies he promotes are divisive. “Myanmar’s had many civil conflicts,” he says, “and they came about precisely because of the forced assimilation of indigenous people who don’t want their identity and unique way of life obliterated.”

In his chosen field, technical and logistical obstacles are frequently encountered. Fifty languages are spoken in Myanmar’s Chin state alone, and few, if any, have an established orthography.

Language and education issues intertwine, sometimes fatally. In Thailand, where Lo Bianco leads a similar initiative, nearly 200 teachers have been murdered by separatist rebels in the mainly Muslim, Malay-speaking south. They are targeted as symbols of the reviled school system, where instruction has historically been solely in Thai.

Lo Bianco also works in Malaysia and, funds permitting, plans to expand his programme to Indonesia, Cambodia and Vietnam.

He still has challenges ahead in Myanmar, where he is now leading the development of a ‘peace-building’ national language policy.

You can hear an interview with Lo Bianco on ABC Radio National’s Saturday Extra show from October 2016.