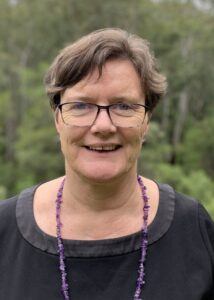 Lesley was elected to Fellowship in the Academy in 2004, taking up the role of President in November 2020.

‘In a time when human influences are now deeply embedded in Earth’s processes, the humanities are vital to the pressing challenges of climate change and environmental repair. We all have a part to play and the Academy will be to the fore in offering its expertise.’
Lesley Head

Professor Head is currently Redmond Barry Distinguished Professor and Head of the School of Geography at the University of Melbourne. She has contributed to international debates about relationships between society and nature and her most recent research has been on the cultural dimensions of environmental issues including climate change.

She held an ARC Australian Laureate Fellowship at the University of Wollongong from 2009-14 where she was Director of the Australian Centre for Cultural Environmental Research. She was King Carl XVI Visiting Professor in Environmental Science in Sweden from 2005-06 and was awarded the Vega Medal of the Swedish Society for Anthropology and Geography in 2015.