Canberra-based archaeologist, Professor Emeritus Peter Bellwood, is still pinching himself having been named the winner of the 2021 International Cosmos Prize, and in so doing being elevated into the company of previous winners, including environmentalist Sir David Attenborough (2000) and anthropologist Jane Goodall (2017). 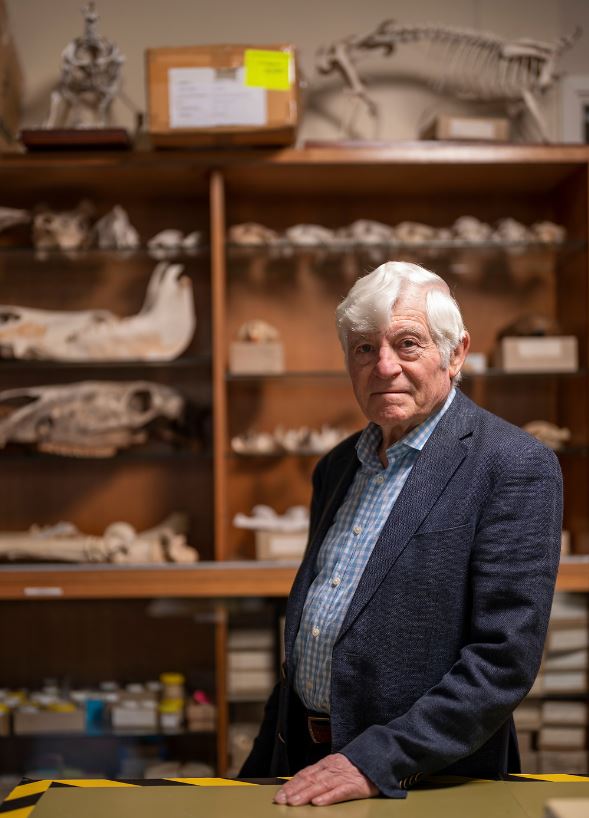 A Fellow of the Australian Academy of the Humanities (AAH) since 1983, Professor Bellwood describes the award as an absolute career highlight. He is the first Australian to have won the International Cosmos Prize which was first awarded in 1993. He was selected from 171 nominees across 31 countries, a larger field this year given no award was presented in 2020 due to the COVID-19 pandemic.

Based at the Australian National University, Professor Bellwood is a world-leading researcher into the history of human populations in Southeast Asia and the Pacific region. Extending from this, he studies the multiple origins of farming across the world during the past 10,000 years, when agriculture became one of the most important developments in all of human history, fuelling our current global population size and the complexity of our societies today. Some describe this development as The Agricultural Revolution, because it revolutionised how humans lived their lives and spread their populations and languages.

‘I am honoured to be awarded the 2021 International Cosmos Prize, particularly during this difficult pandemic period in the global affairs of humanity,’ Professor Bellwood said. ‘Working in the human sciences, I am humbled to be among so many previous awardees who have attained great distinction within this arena.’

His lifelong commitment to archaeology began as a student at Cambridge University in the 1960s.

‘By the 1980s, I was beginning to perceive the importance of food production in global human affairs…as an engine of population increase that led on multiple occasions to continent and ocean-wide dispersals of people, with their cultural and economic lifestyles, their languages, and their genes. Our world today, even after the massive population upheavals of the colonial era, still reflects the migrations of early food producing populations in Eurasia, Africa, the Americas and the Pacific. My goal has always been to expose others to the remarkable achievements of our ancestors, so that those achievements can still inspire us today.’

The Citation for Professor Bellwood’s awards says in part:

‘In the field of global environmental studies, scientists consider that along with the transition from hunter-gatherer societies to farming societies, human settlements increased and populations grew, and motivated by a reliance on domesticated plants such as wheat and rice, human beings transformed vast areas of natural vegetation into croplands, thereby having a significant impact on the global environment.

‘Consequently, we have witnessed, for instance, phenomena where closer contact between human society and wildlife has given rise to new infections. Amid the ongoing novel coronavirus pandemic, we have reached a new turning point regarding the way of looking at the relationship between nature and humans. In this context we have recognised that Professor Peter Bellwood has accomplished important research achievements that provide us with a foundation for reflecting on the ‘Harmonious Coexistence between Nature and Humankind,’ the principle upheld by the International Cosmos Prize.’

Congratulating Professor Bellwood on his award, the President of the AAH, Professor Lesley Head, said his achievements and recognition on the world stage again showed Australia is still punching above its weight in vital research fields.

‘It also demonstrates again the importance of bringing together the humanities and scientific research, on this occasion studying human life in our region many millennia ago, and how it has shaped the complex world we live in, and many of the challenges we face today,’ Professor Head said.

The COVID-19 pandemic permitting, Professor Bellwood hopes to travel to Osaka, Japan, later this year to be presented with the prize.