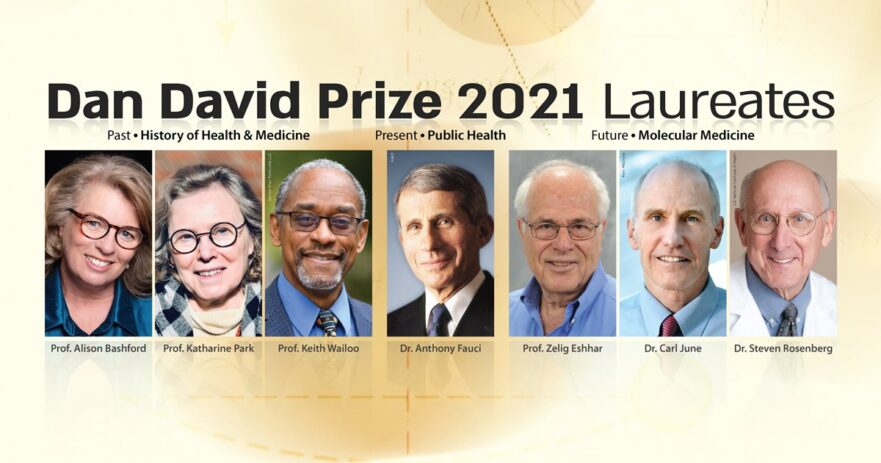 The Academy is excited and very proud to hear the news that one of our Fellows, Professor Alison Bashford FBA FRSN FAHA, has been announced a Laureate Fellow of the internationally renowned Dan David Prize. Laureate Professor Bashford is Professor of History at UNSW. She is one of three international agenda-setters in the history of health and medicine to be recognised in this year’s awards. 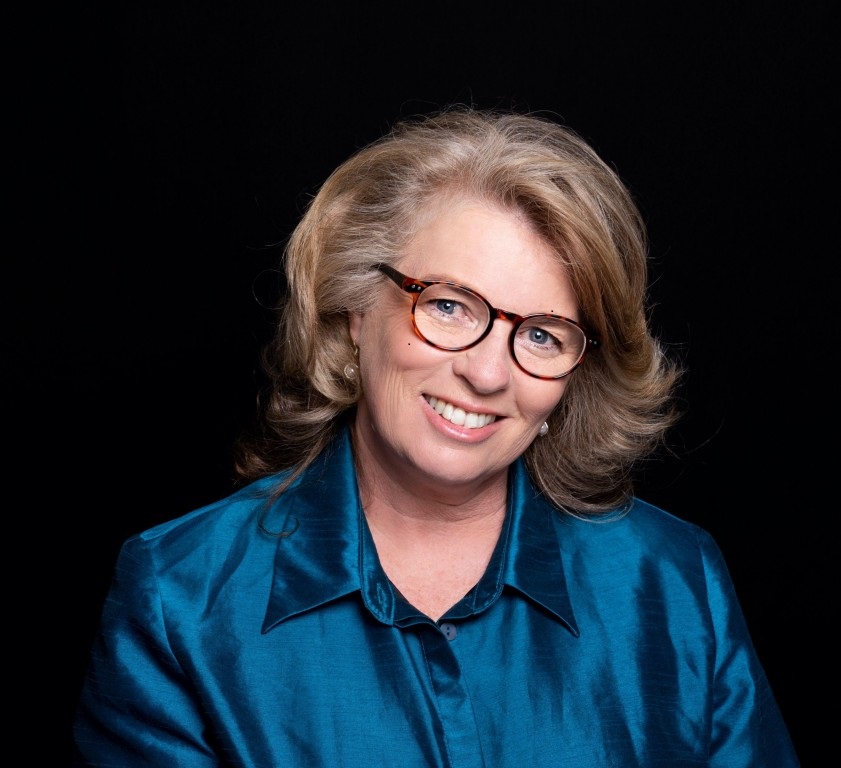 Each year, the Dan David Prize recognises globally inspiring individuals and organisations, honouring outstanding contributions that expand knowledge of the past, enrich society in the present, and promise to improve the future of our world. One other Australian historian – Inga Clendinnen AO FAHA – has received the award. Bashford joins distinguished past recipients of the Dan David Prize, including Margaret Attwood, Al Gore, Goenawan Mohamad, and, also in 2021, Anthony Fauci, who has led the USA’s response to COVID 19. Previous historians accepting the award include Simon Schaffer, Lorraine Daston, Evelyn Fox Keller, Kenneth Pomeranz and Sanjay Subrahmanyam. She shares this year’s award with Katharine Park (Harvard University) and Keith Wailoo (Princeton University).

The citation for Professor Bashford’s award says in part:

“She has led global discussion about the history of health and medicine in four major areas: quarantine and medico-legal border control; population and eugenics; the links between colonial and world health; and gender and health as a key driver of modern world history. Bashford brings together scholars from across the world, and across many disciplines, to consider how the past and present fold together. When biosecurity threats of SARS, anthrax, and avian influenza suddenly amplified political insecurity in the early 2000s, she convened leading thinkers quickly, producing a trio of books that have deepened our understanding of that complex global moment, unexpectedly renewed with the emergence of COVID-19.”

The Academy recently spoke with Professor Bashford about her award, her world-leading work and her views on the current global pandemic.

Professor Bashford, congratulations on this amazing honour. What does this mean to you personally and professionally, to be recognised in this way?

Thank you, and thanks to the Academy for recognising the significance of the Dan David Prize. One of the wonderful things about the award is that it recognises a lifetime’s work, not a particular piece. The award is for an accumulation of ideas from my very first book to my latest and while my historical studies have taken quite an idiosyncratic path through history, across different places and different time periods, it is particularly pleasing that the jury of peers affirmed and recognised many decades of research.

The Dan David Prize committee referred to the importance of your historical work reaching beyond national borders and demonstrating the global interconnectedness of medicine and public health. Do you feel particularly proud to be putting Australia on the map through this significant international award?

Yes, I do, but as with many fellows of our Academy, we all move fairly constantly across borders to work internationally, at least until 2020. Intellectually, though, Australian scholars led the way with ‘transnational’ scholarship, an idea that always applied importantly to health and medicine. My initial training in Australia, in the 1990s, delivered a broad- ranging approach, offering a capacity and kind of permission to be wide ranging with regard to topics, periods, places.

The work you’ve been honoured for on the global management of infectious diseases dates back some time, but with the pandemic playing out, it is now more timely and relevant than ever. Has this surprised you?

As a medical historian, I never imagined that matters, practices and policies which I analysed as strange historical events would today be a part of our everyday lives, and that they would be normalised so quickly. What I used to study as bizarre pre-modern practices, like disinfecting letters and envelopes thought to carry a disease, are now a part of our everyday world as we take care over surfaces we touch. And I also perceive strange parallels between the serious COVID-19 health problems identified on cruise ships last year with the old ‘plague ships’ of an apparently forgotten maritime world. I’m completely stunned that so many things we observed and learned from past epidemic management is now a part of our everyday lives.

Your work has looked closely at how the world has responded to previous threats such as SARS, anthrax and avian influenza. From your observations, given your background knowledge on the history of previous global health crises, how well have we done both globally, and here in Australia, in our response to COVID-19?

Let me start by saying that having moved back from Cambridge to Australia quite recently to take up my current position at the University of NSW, I’m pleased in a thousand ways to be home, not least because of Australia’s success in minimising COVID. Looking at past pandemics, they have been shorter, more seasonal. While many more died in the Spanish Flu pandemic, it came and went over two seasons. It looks like this pandemic will be longer term. I’ve written a good deal in the past about disease management and international borders, but the COVID-19 pandemic is focussing our attention on internal borders, on state and local government regions, in polities across the world, as well as Australia. This is different, and something I’m currently working on, through an ARC Special Research Initiative, with legal scholar Jane McAdam.

Do you believe there’s anything more the government and leading public health officials can do, or should have done, to better manage the pandemic in Australia?

My own view is that we should continue to leave it to the experts to manage the response and we are especially lucky to be living in a country where we can have a high level of confidence in those making the decisions.

What lessons from history could inform the government’s approach, and that of public health officials, to managing the aftermath and recovery from the pandemic in Australia?

There was a very early discussion when the pandemic hit on how much we should persuade people to do the right thing rather than pursue a harder-line, regulated approach with penalties. Both have worked, it seems. But I’m still surprised at how compliant – with apparently good results – Australia has been with a pretty hard-line regulation of movement. Critique of past compulsory quarantine and isolation has defined most historians’ work, including my own. But here we are all living it and doing it, and mostly benefitting from it. Actually, COVID has made me rethink some of our historical assessments of past pandemics, rather than the other way around.

From your research, and the consistent advice from our leading health experts, does it surprise you that so many Australians appear to be reluctant to sign up for the COVID-19 vaccination?

From what we know historically about Australia’s views on vaccination, we shouldn’t be all that surprised by that position, much as I disagree with it as a kind of statistical nonsense. Australia has a long and fascinating history of opposing vaccination, but in the nineteenth century there were grounds for it. Sometimes I think anti-vaxers imagine we’re still in the nineteenth century, as if the risks were still that high.

There hasn’t been a one-size-fits-all approach across the world in how different countries have responded to the pandemic. What have been your observations on those different approaches and the subsequent successes and failings, particularly as the case numbers and lives lost have steadily increased in so many nations?

Historically, managing public health has always been about government and what different kinds of governments should, or can do, with individuals and families. In some ways it is no surprise that Australia has done well, a small population, an island country. But we also have, overall, a confidence in what our governments are doing in their response to the pandemic. In the United States there is a very different approach to government. The UK is curious, though. Historically the UK is more like Australia with regard to government and citizens’ health, and yet there hasn’t been anything like the same success there as there has been here.

The Dan David Prize Committee praised you for ‘spearheading collaboration with anthropologists and sociologists at times of global pandemic threat’. How important is collaboration in responding to a major public health crisis, and in your work more generally?

It is really crucial. In the early 2000s with SARS, the avian flu and the biosecurity threats around the time of 9/11, in many ways that was a rehearsal for how we have responded to COVID. In all these cases it’s clear to me that historians, sociologists and anthropologists had to think clearly and together about what was new and what wasn’t new. It has been a time to think in different ways. We’ve had to think across many scales about how disease is managed and regulated at many levels, from individuals to families, local to national to international governance.

What opportunities do you see for humanities researchers more broadly in the health and medicine sphere?

Health is obviously much more than a scientific issue. The humanities have always had a big role to play in terms of understanding regulation, compliance, law, how we predict, and how we think about illness and its effects, how we are persuaded of, or resist interventions. Human and cultural responses have been a part of the conversation for a long time and when something is urgent – as in our current crisis ­– it’s all hands on deck, in my view. It is rare that there’s a current issue that doesn’t require expertise from all areas – human and natural sciences.

I think that Australian graduates and early career researchers should presume, rather than be wary of, an international audience; readers, collaborators, employers, publishers. Go for it.

In concluding, what is the question you most wish people would ask about your work?

That question is difficult to answer, but can I say that while much of the focus of my work right now is related to quarantining and pandemics, how pleased I am that the Dan David Prize expert committee nominated four areas, recognising my historical work on colonial and global health, on gender and medicine, on eugenics, as well as my work on medico-legal border control. It is an honour to have been recognised for the full breadth of my work, even if it has been an eclectic path.