The Academy warmly congratulates two of its Fellows who have been awarded honours in this year’s Queen’s Birthday Honours list. 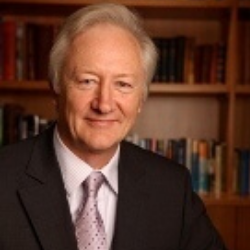 was appointed a Member (AM) of the Order of Australia in the General Division for significant service to tertiary education administration, and to history. Formerly the Challis Professor of History at the University of Sydney, Professor Garton’s area of research expertise is Australian history, although he has also published in the fields of American and British history. He is the author or co-author of seven books and over 90 articles and chapters in such areas as the history of psychiatry, crime, poverty, social policy, eugenics, policing, masculinity and returned soldiers.  At the University of Sydney Professor Garton has been Head of the Department of History, an Associate Dean and Pro Dean in the Faculty of Arts, and a member of the Academic Board for nearly 15 years. From 2001 to 2009 he was Dean of the Faculty of Arts, before taking up the role of Provost and Deputy Vice-Chancellor. He was elected to the Academy in 2000 and was a member of Council from 2007 to 2010 and Editor from 2007 to 2009.

Professor Emeritus Roy MacLeod FASSA FSA FrHistS FRSN FAHA was awarded the Medal (OAM) of the Order of Australia in the General Division for service to education, particularly to history. Roy MacLeod is a Professor Emeritus of History, and an Honorary Associate in the School of History and Philosophy of Science at the University of Sydney. He is the author or editor of 25 books and over 150 articles in the social history of science, medicine and technology, military history, museum and cultural history, nuclear history, research policy, and the history of higher education. He co-founded the Research Centre for History of Science and Technology at the Royal Institution of Great Britain, and in 1985, co-founded the Pacific Circle, a Scientific Commission of the International Union for the History and Philosophy of Science. In 2001, he was awarded the degree of Doctor of Letters by Cambridge, and in 2005, a Doctorate (honoris causa) by the University of Bologna. He received a Centenary Medal from the Australian Government for services to History in 2003. He was elected to the Academy in 2001.