Dr Harry Van Issum is the recipient of the Australian Academy of the Humanities’ inaugural John Mulvaney Fellowship. The Fellowship provides funds to an Aboriginal and Torres Strait Islander early career humanities researcher to undertake research or fieldwork in Australia or overseas. Dr Van Issum will travel to the United Kingdom to assist in the repatriation of Woppaburra skeletal remains presently held in the collections of the Natural History Museum in London. 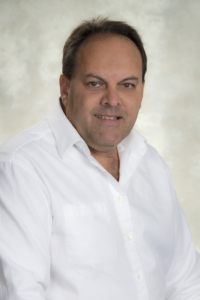 Dr Van Issum is a Woppaburra man from the Darambal Language Group of Central Queensland. He was previously a secondary school teacher before moving to the tertiary sector. He is currently Senior Lecturer in Indigenous Studies in the School of Humanities, Languages and Social Science at Griffith University.

The Fellowship honours the outstanding contribution to humanities scholarship and the cultural life of the nation by one of the Academy’s longest serving Fellows and former Academy Secretary John Mulvaney AO CMG FBA FSA FRAI FAHA. Professor Mulvaney was a world-leader in the field of hunter-gatherer archaeology and a passionate defender of Australia’s heritage and the rights of its Indigenous peoples.

“We are proud to offer the John Mulvaney Fellowship as part of our annual grants and awards program” said President of the Academy, Professor Joy Damousi FASSA FAHA. “It is an important step in our wider strategy to improve the representation of, and support for, Indigenous scholars in the life of the Academy. We are also delighted to be able to honour Professor Mulvaney’s deep commitment to Australia’s Indigenous peoples and cultures.”

Upon hearing of his award, Dr Van Issum spoke of the connection between his project and Professor Mulvaney’s legacy:

This Fellowship will be tied to the literal return of our ancestors’ skeletal remains, along with strong community-based consultations. I’m sure that the late Professor Mulvaney as a historian and conservationist would support such a project to detail the history of our repatriation narrative but also for our cultural heritage and spiritual restoration.

Applications for the John Mulvaney Fellowship will open again in February 2020.