Dr Ronika Power, one of Australia’s foremost experts in Bioarchaeology – the study of all living things from the ancient world – is the recipient of the Australian Academy of the Humanities’ 2019 Max Crawford Medal.

The Medal is Australia’s most prestigious award for achievement and promise in the humanities and it is awarded to an Australia-based, early-career scholar for outstanding achievement.

Dr Power is currently Associate Professor of Bioarcheology in the Department of Ancient History at Macquarie University, and is recognised as an emerging global leader in her field. Her research focuses on cultural responses to human health and disease, climate change, mass migrations and violence, particularly pertaining to prehistoric periods across Africa and the Mediterranean.

Admitting to having a fascination with death since she was a child and an obsession with mummies even before she went to primary school, Dr Power’s research and teachings are now inspiring a new generation of ‘death-walkers’, as she describes her life’s work.  Having worked with human remains from across the world, many dating back 10,000 years to the late Stone Age, Dr Power described it as “an honour and a privilege – and utterly exhilarating – to work with them and share their stories with the world.” 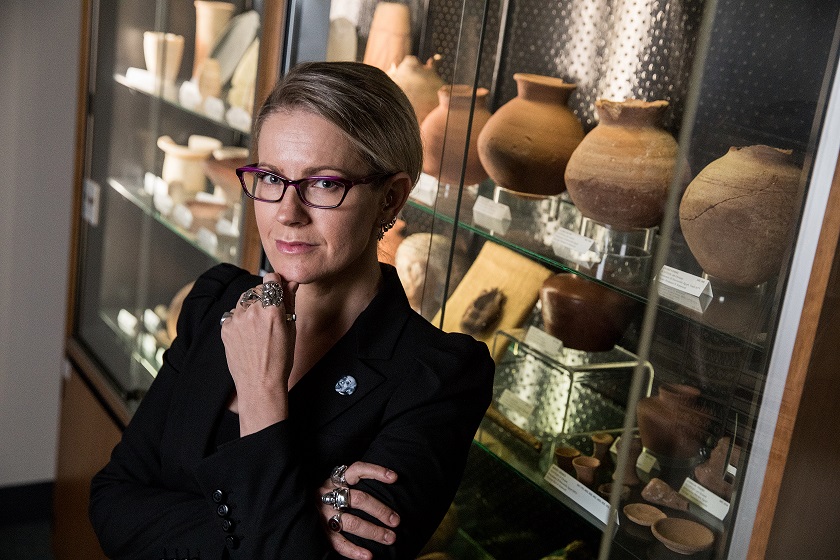 Dr Power offers a unique and influential voice in the public communication arena and is an enthusiastic and transformative champion for the humanities. She is also a trailblazer for forging greater connectivity between the humanities and the science, technology, engineering and mathematic (STEM) disciplines and in 2017 was selected as one of 30 inaugural Superstars of STEM by Science and Technology Australia.

Upon hearing of her award, Dr Power said “I am profoundly honoured to receive the 2019 Max Crawford Medal from the Australian Academy of the Humanities. In accepting this award, I stand alongside our nation’s greatest champions of the arts and culture to celebrate the multifaceted and critical role of the humanities in every aspect of society. Drawing on my experiences in Bioarchaeology, I look forward to working with the Fellowship to shine light on the importance of interdisciplinarity in addressing key issues in social, political and environmental sectors, and to build better futures by learning key lessons from the past.”

Dr Power was also congratulated by Academy President Professor Joy Damousi FASSA FAHA. “On behalf of all Fellows I warmly congratulate Dr Power on her remarkable achievements and her success as this year’s recipient of the Crawford Medal” she said. “Through this award, the Academy recognises the vital work and contribution of early-career researchers.”

Originally a biennial award, the Academy began awarding the Crawford Medal on an annual basis in 2019 to coincide with its 50th anniversary celebrations.

Details of the next round of nominations will be posted on the Academy website in February 2020.

The Max Crawford Medal was established by the Australian Academy of the Humanities, through a bequest made to the Academy by eminent historian and former Academy Fellow, the late Professor R.M Crawford OBE FAHA.