The two-day workshop Fashion Studies: An International Perspective was held at the University of Technology Sydney, from 5-7 April 2018, within the aegis of the Academy’s The Arts Section. Co-chaired by organiser Distinguished Professor Peter McNeil FAHA (UTS) and Dr Melissa Bellanta (ACU), the event brought together over 40 art historians, literary theorists, Asian Studies specialists, designers, material culture anthropologists and curators from 16 different universities in Australia, Taiwan, Japan, Canada and France to discuss the current questions and future directions of Fashion Studies.

Fashion Studies has emerged in the past ten years as a vibrant research topic, originating in part from women’s studies, literary theory, sociology, business and labour histories, and queer histories of the 1970s-90s. Research on fashion has spread far beyond Anglophone zones and in exploring international perspectives the following questions were addressed in the workshop:

Day 1 focused on the ‘material turn’ in Fashion Studies and its relationship to historical reconstruction and theories of embodiment. Keynote Professor Beverly Lemire from the University of Alberta used a case study of a largely forgotten winter sport – tobogganing – and a surviving nineteenth-century tobogganing suit to discuss ‘intimate contact zones’. She examined how an indigenous garment, technology and social practice was ‘repurposed’ by Canadian settler societies to become a ‘national’ sporting dress, spreading to North America, Europe and parts of the British Empire, including Australia.

Workshop participants and members of the Taiwanese delegation. Photo courtesy of Peter McNeil.

Day 2 further considered the politics and transmission of fashion. In the first session, Wiradjuri/Kalari man Michael McDaniel gave a presentation that greatly affected participants. He brought along a possum skin cape he had crafted himself and ‘talked’ to the object, raising important issues about the clothing objects and practices that were banned by legal or other means for indigenous Australians under assimilatory practices. In his presentation, Mr McDaniel spoke to the resurgence of possum skin cloak making (badhang galang wilay) and what it means to Aboriginal peoples in forging stronger connections to history/story and visibility.

Keynotes Professor Antonia Finnane FAHA and Dr Hissako Anjo then examined the rise of the men’s suit in East Asia and in doing so, brought together histories of technological innovation with theories of communication and cultural change. They analysed fashion as a space where cultures meet, often with asymmetric power, in order to challenge the model of the ‘westernisation’ of Japanese and Chinese dress from the 1860s.

Fashion as a coping mechanism within ‘lived lives’ also emerged as a significant theme, not only for women but also marginalised groups of men such as Indigenous Australians, queer men, immigrants and day labourers, as demonstrated in Professor Mina Roces FAHA’s moving account of men’s fashion practices amongst young Filipino immigrant labourers in 1920s California. These men were banned from public spaces including clubs and restaurants but were able to use fashion as a ‘porous’ and complex way to negotiate their lives through and against racist barriers. 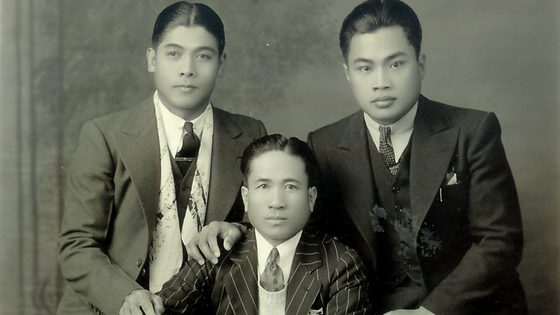 Overall, the event generated deeper understandings of how the habitus for fashion is created in different centres and how designers are legitimised within national and wider cultural spaces. It was concluded that Australia is significant for the decentring of dominant European histories and the decolonisation of knowledge, an area in which the study of fashion and dress practices can flourish.  A strong sense of what constitutes ‘Fashion Studies’ in the Asia Pacific region was realised, and the workshop highlighted the risky but worthwhile challenge of navigating interdisciplinary research.

Findings of the workshop were published as papers in a special issue of the international journal Fashion Theory ‘The Making Turn’ published online and in hardcopy from May-September 2019. Also see:

Sarah Bendall, ‘The Case of the “French Varddingale”: A Methodological Approach to Reconstructing and Understanding Ephemeral Garments

Peter McNeil FAHA is Distinguished Professor of Design History at the University of Technology Sydney. He is Acting Associate Dean, External + International within his Faculty at UTS. His research interests include the cultural history of fashion and its interaction with other aspects of art, design and material culture. Professor McNeil is also the Head of the Academy’s The Arts Section.

Professor McNeil was elected a Fellow of the Academy in 2013.

About the Academy’s Sections

The Academy has 11 Sections reflecting the major humanities disciplines. Each Fellow with voting rights is a member of at least one Section. The role of the Sections is to provide advice to the Academy’s Council about their discipline and other matters of interest to the Fellowship.  Fashion Studies: An International Perspective was proposed by The Arts Section of the Academy as part of the Section Workshop Scheme, an initiative piloted in 2017 to encourage discussion and collaboration between scholars on the theme: ‘Exploring new areas of the humanities’.