To coincide with this year’s Anzac Day, we invite you to explore articles from three of our Fellows that consider several aspects of the aftermath of war: how we memorialise those who served, how we internalise personal and national trauma, and how we respond, through policy, to a world much altered by conflict. 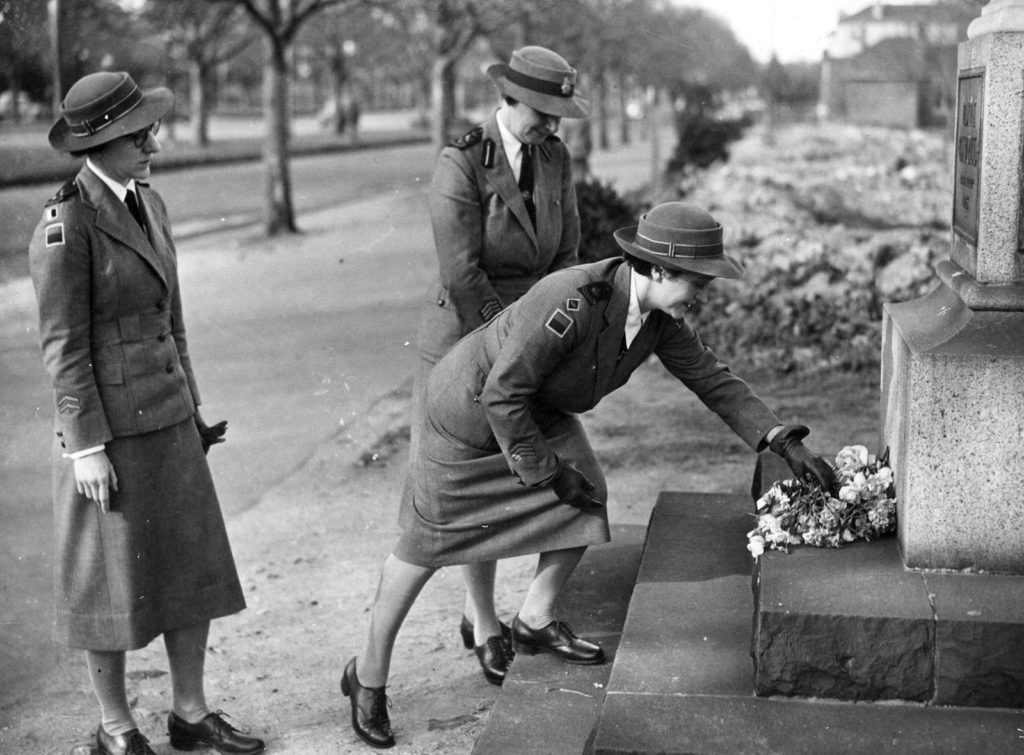 Dr Margaret Rose FRHistS FAHA’s article ‘In Memoriam: World War I Memorials by the Australian Sculptor Margaret Baskerville (1861-1930)’ focuses on Baskerville’s memorial for Edith Louisa Cavell, an English nurse executed by German firing squad in 1915. Through her account of Baskerville and the Edith Cavell memorial, which quickly became a meeting place for nurses on the morning of Anzac Day, Rose offers us a timely example of a how a public memorial can act as a place of healing and collective remembrance without glorifying war itself.

Professor Stephen Garton FASSA FRAHS FAHA’s article ‘Marked Men’, which appeared in Griffith Review No.48 (2015) considers memorialisation of a different type – namely, the emotional and psychological impact of the war on returning soldiers, many of whom continued to experience and express their trauma well into the post-war years. Working with material including family archives, fictional accounts such as novels and poetry, and historical biography, Garton questions how the idea of collective psychology might intersect with the history and mythology of the Anzac legend, and to what end.

Finally, Academy President Professor Joy Damousi FASSA FAHA’s article ‘Australian League of Nations Union and War Refugees: Internationalism and Humanitarianism, 1930-39’ which first appeared in Humanities Australia No. 8 (2017), describes the efforts of the Australian League of Nations Union in putting pressure on the Australian government to change its international policy and accept more refugees following several international conflicts in the 1930s. Damousi’s careful analysis of the often overlooked years leading up to the outbreak of World War II reveals the role that these efforts played in fostering within Australia an international and humanitarian outlook towards the plight of war refugees.

This is the third installment of Re-encountering the Archive. This initiative, in which we share selected research and writing from our Fellowship on a range of issues, is designed to showcase past scholarship that still resonates powerfully with contemporary debates and challenges facing the nation.