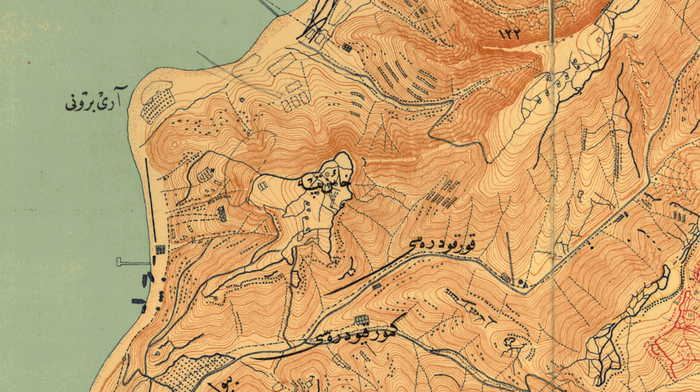 To mark the centenary of the end of World War 1 this year, the Academy will be going back to the archive to share selected research and writing from our Fellowship that addresses the history, impact and representations of the Great War. Re-encountering humanities research in this way not only helps us to understand the past but also to reflect on issues that still resonate powerfully today.

To commemorate this year’s Anzac Day, we invite you to explore two pieces that lead beyond the purely local perspective and contribute to an international understanding of the events at Gallipoli which have become so closely identified with Australian identity.

Dr Roger Hillman FAHA’s article ‘A Transnational Gallipoli?’ first appeared in Australian Humanities Review (Issue 51, 2011).  Hillman acknowledges the role that Gallipoli played in the construction of a uniquely Australian national identity, but ultimately demonstrates the importance of moving beyond a single national perspective through an analysis of the representation of Gallipoli in two non-Australian texts – Birds Without Wings (2004), a novel by the British writer Louis de Bernières, and Gallipoli: The Front Line Experience (2005), a documentary by the Turkish filmmaker Tolga Örnek.

Professor Antonio Sagona AM FSA FAHA’s article ‘The Archaeology of the Anzac Battlefield‘, which featured in the Academy’s annual journal Humanities Australia (2015), details the evolution of the Joint Historical and Archaeological Survey of the Anzac Battlefield, a collaborative project with Turkey’s Çanakkale Onsekiz Mart Üniversitesi, the Australian Government Department of Veterans’ Affairs, and the New Zealand Ministry of Culture and Heritage. In addition to exploring the role of artefacts in coming to terms with the human cost of war, Sagona’s account of the Archaeological Survey sheds real light on the value of transnational collaboration in understanding the significance of the Anzac battlefield.

In memoriam
The Academy pays tribute to Professor Sagona who died in June 2017. He was an internationally regarded archaeologist and scholar at the Centre for Classics and Archaeology at The University of Melbourne. He will be remembered for his outstanding contribution on ancient settlements, landscapes, and cemeteries in the Near East, and his expertise in Anatolia and the Caucasus. He was elected Fellow of the Society of Antiquaries, London and editor of the journal Ancient Near Eastern Studies and its monograph series. Professor Sagona was elected to the Australian Academy of the Humanities in 2005.

About the image
Detail from Sheet 17 of the 43-sheet map series produced under Brigadier General Mehmet Şevki Pasha. The map, at a scale of 1:5,000, covers the Arıburnu area of the Gallipoli peninsula and depicts the Allied and Ottoman battlefield features as they lay in 1916.  Image courtesy Mithat Atabay and reproduced from Humanities Australia No. 6