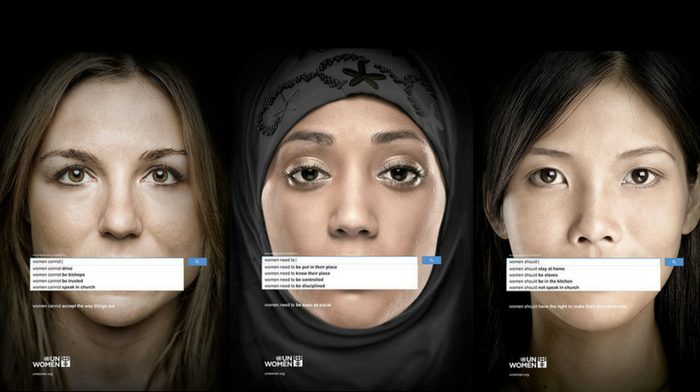 This article reflects on a recent workshop convened by Professor Sue Kossew FAHA from Monash University and Associate Professor Anne Brewster from the University of New South Wales (UNSW) entitled, Gendered Violence in Cultural Texts of the Global South. The workshop built on the convenors’ ARC Discovery Grant, “Rethinking the Victim: Gendered Violence in Australian Women’s Writing”, by seeking an international and interdisciplinary perspective on the theme of violence against women.

Held at the University of New South Wales (UNSW) from 5-6 December 2017, under the aegis of the Academy’s English Section, the one-and-a-half day workshop took as its subject the ways in which gendered violence or violence against women is represented in cultural texts in the Global South across the nations of Australia, New Zealand, South Africa, Southeast Asia, India and Latin America. The methodology was broadly intersectional, considering the impact of whiteness, race, ethnicity, class, caste, region, nation and citizenship on gender. The interdisciplinary workshop brought together a sociologist, historian, and literary and film studies scholars; and included creative writers and practitioners from Australia, New Zealand and the USA.

The term “Global South” is used variously by politicians, development organisations, and scholars working in a range of disciplines to denote a conceptual framework, a geopolitical category, a condition of existence (usually conditions of poverty and precarity), a research methodology and a metaphor. Given the many and varied of uses of the term, it is not surprising that it is highly contested in its meaning, its applicability, and value as a theoretical concept or tool.

Despite the widespread discussion of this term, it has yet to be explored in the Australian context where it has the potential to facilitate new transnational connections between the Global South, Australia and New Zealand and other South nations and research networks. This is especially true in relation to the Australian field of gendered violence and in relation to the study and practice within the humanities disciplines. 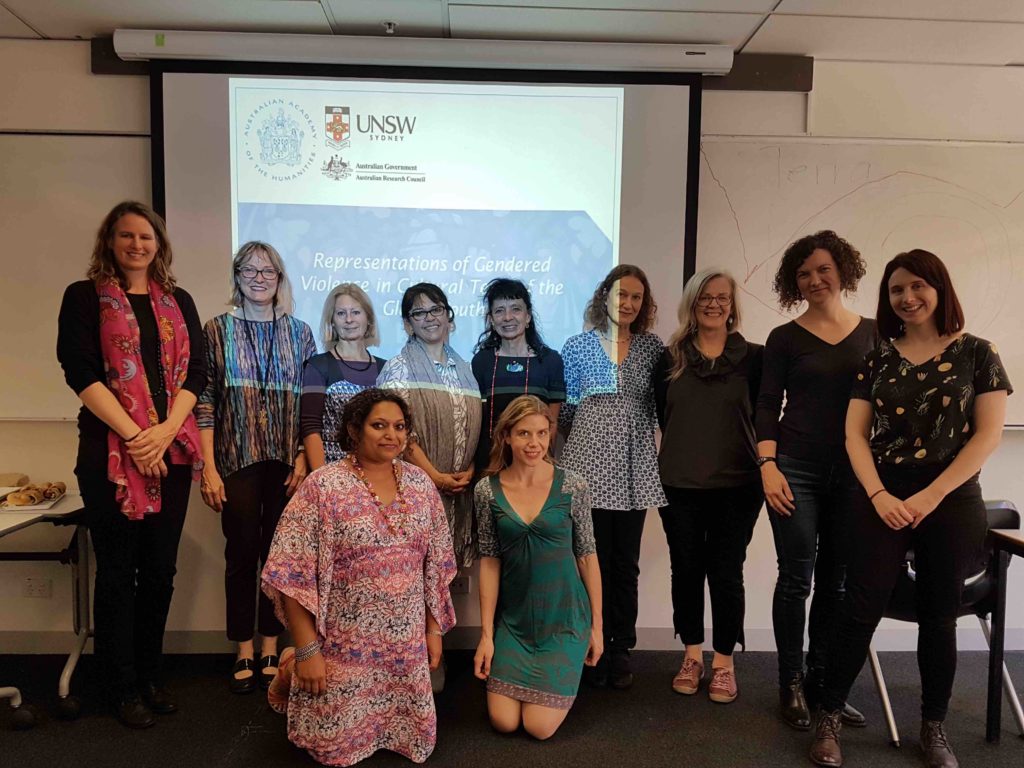 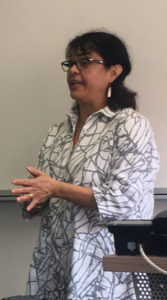 Professor Cecilia Menjívar (University of Kansas) keynote presentation on ‘Gender –based Violence Across the Global South: Learning about it and from it’ Photo courtesy Maggie Mangan (UNSW)

Our keynote speaker was Professor Cecilia Menjívar, Foundation Distinguished Professor in Sociology at the University of Kansas (sponsored by a UNSW Distinguished Visiting Scholar grant), who provided a valuable social science perspective on the issue. Her research on Guatemalan women’s experience of violence concluded that theory must be built from the ground up, emerging from the lives of ordinary people, rather than via a “top-down” model. This accords with the resistance of the Global South to being considered in the light of theories from the Global North. Professor Menjívar’s discussion of the modes of survival and endurance that women fashion in the face of gendered violence led to animated cross-disciplinary analysis.

Key questions that arose during the workshop were:

Closely related to these overarching questions is the role that acts of reading and viewing (of cultural texts) play in disseminating awareness of such gendered violence. 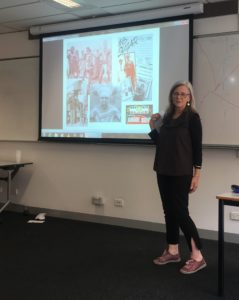 A further issue that arose concerned the complexity of women’s relations to violence as victims, witnesses, accomplices, and perpetrators. The workshop, for example, included papers that explored this complexity in relation to the ongoing role of (white) women in the Australian settler colonial project, including white women writers of fiction; and how Australian cinema depicts violent women in relation to Australian place and landscape.

Film scholar, Dr Janice Loreck of Curtin University, presented a paper on depictions of women’s violence in Australian film. In the contemporary film, Hounds of Love (2016), for example, the setting in an oppressive suburbia emphasises a psychic landscape of isolation and entrapment that itself seems to facilitate women’s acts of violence. Films like this link gendered violence to Australia’s remoteness as part of the global south. 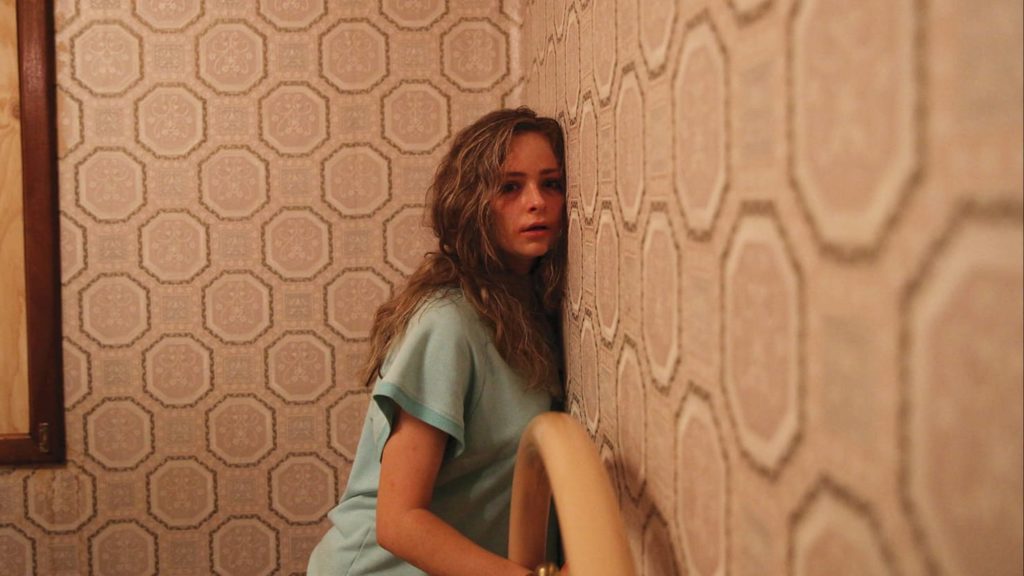 These key questions will form the basis for further collaboration among the participating scholars in the form of a publication and the development of future research projects. The workshop provided an inspiring opportunity to bring together a diverse range of scholars across a number of disciplines, enabling an exchange of ideas on this important new area of interest in the humanities.

This piece was written by the convenors of the workshop.

Associate Professor Anne Brewster teaches at the University of New South Wales. Her research areas are Indigenous literature and gendered violence in Australian women’s literature. She is currently working on an ARC project with Sue Kossew titled Rethinking the Victim: Gendered Violence in Australian Women’s Writing. Her books include Giving This Country a Memory: Contemporary Aboriginal Voices of Australia, (2015), Literary Formations: Postcoloniality, Nationalism, Globalism (1996), Reading Aboriginal Women’s Autobiography (1995), Towards a Semiotic of Post-colonial Discourse: University Writing in Singapore and Malaysia 1949-1964 (1988) and Notes on Catherine Lim’s Little Ironies: Stories of Singapore (with Kirpal Singh, 1987). She co-edited, with Angeline O’Neill and Rosemary van den Berg, an anthology of Australian Indigenous Writing, Those Who Remain Will Always Remember (2000).

About the Academy’s Sections

The Academy has 11 Sections reflecting the major humanities disciplines. Each Fellow with voting rights is a member of at least one Section. The role of the Sections is to provide advice to the Academy’s Council about their discipline and other matters of interest to the Fellowship.  Gendered Violence in Cultural Texts of the Global South was proposed by the English Section of the Academy as part of the Section Workshop Scheme, an initiative piloted in 2017 to encourage discussion and collaboration between scholars on the theme: ‘Exploring new areas of the humanities’.

The main image is from the 2013 United Nation’s Women Search Engine Campaign by Memac Ogilvy and Mather Dubai. The campaign uses the world’s most popular search engine to show how gender inequality is a worldwide problem. The adverts show the results of genuine searches, highlighting popular opinions across the world wide web.